All about sucralose safety 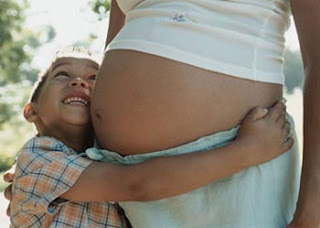 A couple years ago, one of my then roommates told me she thought I was crazy for putting Splenda in my coffee every morning. Her reason? That it wasn't safe for consumption. Of course, she said this while smoking a cigarette, which I thought was only the slightest bit ironic.

More recently, a pregnant gal pal told me she was swearing off sucralose-sweetened products because she was worried about the impact on her future child. She also mentioned that she didn't plan to let her soon-to-be little one ingest anything containing sucralose, as the products are probably bad for children. Sigh.


For those sweating the details, let me put your mind at ease. The safety of sucralose is documented by one of the most extensive and thorough safety testing programs ever conducted on a new food additive.

More than 100 studies conducted and evaluated over a 20-year period clearly demonstrate the safety of sucralose. Studies were conducted in a broad range of areas to assess whether there were any safety risks regarding cancer, genetic effects, reproduction and fertility, birth defects, immunology, the central nervous system, and metabolism. These studies clearly indicate that sucralose:

Does not cause:
Has no effect on:
It's important to note that before approving sucralose, the U.S. Food and Drug Administration determined that it was safe for all populations, including special groups such as the elderly, children and pregnant and lactating women. Further, leading health groups such as the American Dietetic Association and American Diabetes Association support the safe use of low-calorie sweeteners during pregnancy.

Still not sold? Check out these videos featuring Beth Hubrich, RD, who discusses the topic of sucralose safety in more detail.